Ashley Gurbal Kritzer - Homebuilding at Nocatee is on track to dwarf the growth it saw in 2012 — and that was considered a “landmark year,” the community’s developer said.

In 2012, there were 508 homes built in Nocatee; this year, the growth is on pace for more than 800 homes, said Rick Ray, managing director of The PARC Group Inc., the developer of Nocatee.

Not one price range is outpacing any other, Ray said. Homes in Nocatee’s various communities range from the high $100,000s to the $800,000s.

This year, five communities have added additional phases. One, Greenleaf Village, which opened its first phase in 2012, will open its fifth and final phase in October — meaning lots in that final phase will be available to homebuilders.

When it’s complete, Greenleaf will have 525 homes.

“The three builders in Greenleaf are sitting and waiting for those lots,” Ray said.

One new community, Brookwood, will be open and available to builders by the end of the year. And bigger plans are under way for 2014.

“There are eight communities in various phases of design, engineering or on the ground development, that will all open in 2014,” Ray said.

Site plans are also in the works for an apartment community, which will have 300 units, Ray said.

All of the 11 builders in Nocatee, Ray said, are building speculative homes outside of their models, and that absorption hasn’t been an issue — many, he said, are having trouble keeping up with demand.

“You have many homebuyers relocating to Jacksonville, and they’re on a very tight timeline for purchasing a home,” Ray said. “And some people would just prefer not to go through the homebuilding process.” 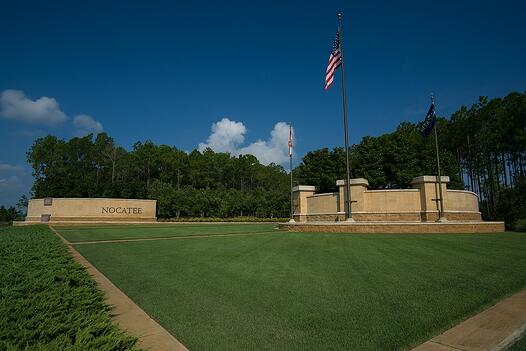 To find the article on the Jacksonville Business Journal’s webpage, click here: http://buff.ly/15KukkN.