When News 4 Jacksonville updated viewers on Nocatee’s record year for new home sales in 2013, Greenleaf Village at Nocatee resident Janine Resilard was happy to share her reasons for moving to the Florida master-planned community from her previous home in Brooklyn, NY.

“The community is very friendly -- family friendly -- and very community oriented,” Resilard said. “(You can) have your kids just go outside like we used to when I was a kid and be able to play and not have to worry about too much crime or terrible things happening.”

Resilard is not alone. For many home buyers, finding a home in a safe neighborhood is a top priority. It’s a concern made more timely in the wake of recent reports noting that in 2013, the United States saw the first rise in violent crime since 2006.

A safe environment is one of the many reasons prospective buyers seek out a master-planned community, observers say. 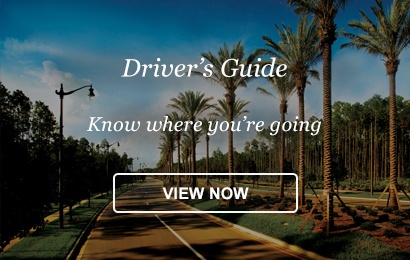 Because such communities tend to be newer and meticulously planned out in advance, they are often free of the violent crime found in older, traditional cities that have been impacted over the years by urban blight and deterioration.

In addition, the detailed infrastructure and traffic planning that goes into a master-planned community eliminates other safety concerns, such as traffic accidents.

“Nocatee was designed from the start to be a safe community where residents could live, work and raise a family,” says Roger O’Steen, chairman of The PARC Group, Nocatee’s developer. “We put a tremendous amount of thought into designing the roads in order to minimize traffic throughout the community. We also designed our neighborhoods to include well-lit sidewalks and numerous parks and nature trails that offer residents a variety of safe spaces for family recreation.”