Carefully placed in land permanently set aside for preservation, the Greenway Trails were designed to provide residents easy access to shopping and amenities by a system of trails through the area’s natural environment. In addition to natural paths, the extensive trail network includes paved electric-vehicle approved paths, enabling residents to travel throughout the community on golf carts and other electrically powered, eco-friendly, low-speed vehicles.

Nocatee’s Greenway Trails give residents access to the best of North Florida’s natural landscape, as well as the added convenience of taking a golf cart to the grocery store. 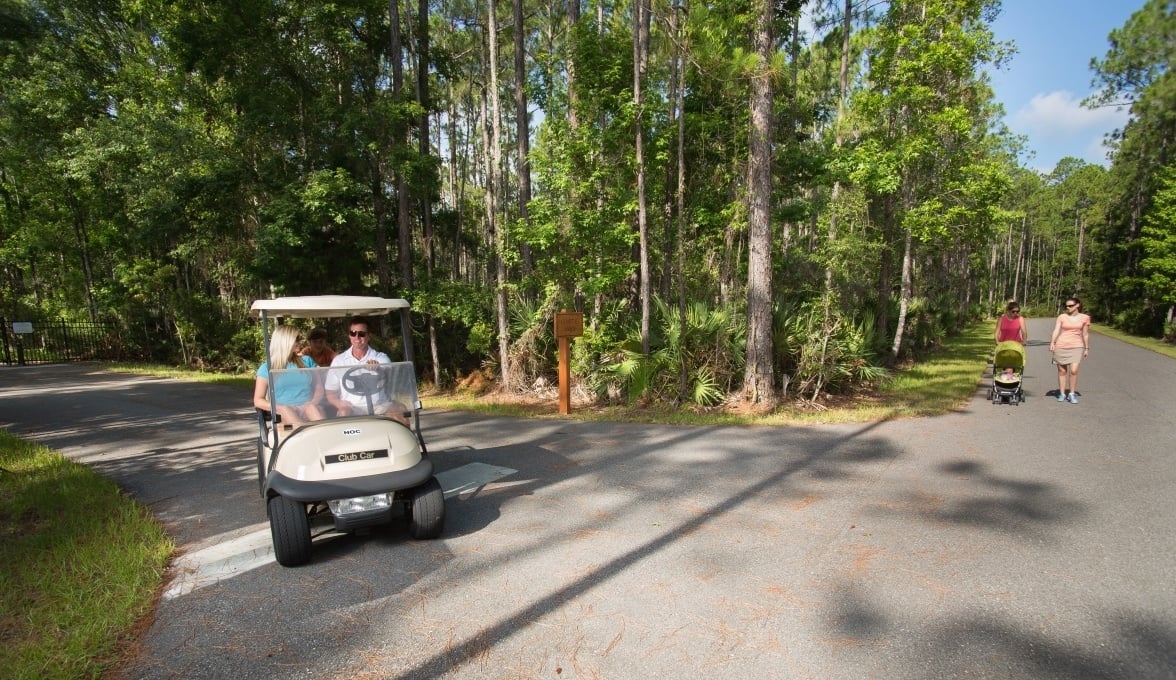 First, a new path along the east side of Crosswater Parkway will provide residents of Del Webb Ponte Vedra, Coastal Oaks and Twenty Mile with direct access the Town Center and centralized amenities. This expansion will also complete the connection between Town Center and Davis Park.

Second, a new trail will connect the communities of Cypress Trails, Brookwood, Kelly Pointe, The Palms and The Villas to the Town Center via a trail under Nocatee Parkway at the county line. Both projects will begin by the end of this year and be complete by early 2017.

The Greenway Trails is not the only community amenity that has been enhanced as of late. Notable 2014 additions include additional Splash Water Park aquatic amenities, a kayak launch on the Intracoastal Waterway, a junior Olympic-size, eight-lane competition pool and much more.

To learn more about the Nocatee community, stop by the Nocatee Welcome Center or call 1-800-NOCATEE.