Dunkin’ Donuts will occupy the northern end-cap space, with drive-thru capabilities. Big Fish Yoga, a local Jax Beach favorite, will open its second yoga studio in the retail center. In addition, Coastal Wine Market will open its first location in Nocatee and will be a full-service retail merchant of fine wines and craft beer. Two other retailers will join the named retailers in the 11,670 sq. ft. multi-tenant retail building.

The retail building is scheduled for completion in 1st quarter 2016. Retailers are expected to open Summer 2016.

The remainder of Town Center East consists of three outparcels, two of which front Crosswater Parkway, the major thoroughfare that serves the Nocatee Town Center. The third (2.48 acre outparcel) is designated for future retail, office or medical use and has access off the signaled intersection of Nocatee Village Drive. 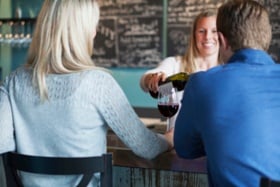 Wendy’s, The Loop Pizza Grill, and a Watson Realty Corp. Office are other recently announced additions that will open later this year.