The millennial generation will be key to the nation’s housing recovery, but high student loan debt and lagging personal income may keep that recovery from happening anytime soon, a national housing survey concludes. 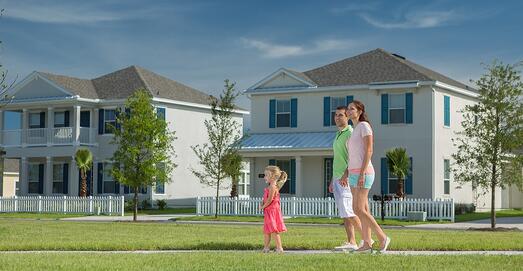 The State of the Nation’s Housing 2014 report found that while new housing starts and construction of new single-family homes were both up by double digits last year, a number of economic challenges are keeping adults in their 20s and early 30s from entering the housing market. Conducted each year by Harvard University’s Joint Center for Housing Studies, the survey found that in 2013:

Millennials on the move

The survey singles out millennials as playing a key role in the strengthening housing market. It cautioned, however, that increasing student loan debt was just one factor that’s causing many millennials to delay buying their first home. Other findings included:

Despite the sobering statistics, the study’s researchers believe the large number of millennials set to buy their first home in the future bodes well for the housing market:

“Still, given the sheer volume of young adults coming of age, the number of households in their 30s should increase by 2.7 million over the coming decade, which should boost demand for new housing. ‘Ultimately, the large millennial generation will make their presence felt in the owner-occupied market,’ says Daniel McCue, research manager of the Joint Center, ‘just as they already have in the rental market, where demand is strong, rents are rising, construction is robust, and property values increased by double digits for the fourth consecutive year in 2013.’”

The study goes on to predict that between 2015 and 2025, millennials will form 24 million new households, injecting new life into the market for single-family homes.

For information on affordable and luxury new homes available in Nocatee, visit the Nocatee Welcome Center or call 1-800-Nocatee.