We Gather Together: Master-Planned Communities Build a Sense of Community

As millions of Americans prepare to gather with loved ones to mark the Christmas holiday, it’s hard not to notice that for many, such communal gatherings have become increasingly rare.

In 2000, the publication of Robert Putnam’s Bowling Alone focused national attention on this decline in “social capital.” As Americans began living in sprawling suburbs and commuting longer distances to work, Putnam noted, the social fabric that connected us to one another became frayed, resulting in a:

But the trend may be reversing. Today, many master-planned communities have been hailed for offering that sense of community that many new home buyers crave. In the foreword to the New Urbanism Best Practices Guide, in fact, noted architectural historian Vincent Scully writes:

“Americans today seem to feel that a sense of community is exactly what needs to be revived in this country, and many apparently want exactly that for their families. It is therefore no great wonder that they are choosing to live in the kind of integrated architectural groupings that are suggestive of the towns in which they grew up, or about which they have always dreamed.” 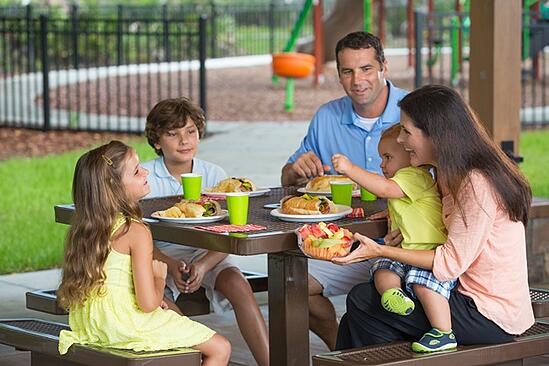