Nocatee has again been ranked as the nation’s third best-selling master-planned community, behind only retiree community The Villages in Ocala and The Irvine Ranch outside of Los Angeles, California. The numbers were just released by real estate advisory firm RCLCO in its report of the Top-Selling Master-Planned Communities of 2015.

Nocatee continues to grow at a rapid pace, celebrating its 4,000th home sale in 2015. Nocatee experienced a 30-percent increase in sales over 2014, the highest year-on-year percentage growth of the top three communities on 2015’s list. 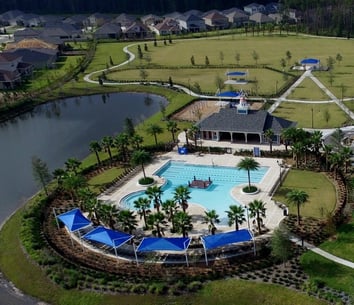 “Nocatee is more than a community, it is a lifestyle,” said Roger O’Steen, Founder and Chairman of The PARC Group, Nocatee’s master developer. “New home buyers are seeking more from where they live and work, and the Nocatee plan makes it very desirable.”

The PARC Group added a number of new neighborhoods to Nocatee in 2015, including Addison Park, Artisan Lakes and The Palms.  PARC also added several communities in Twenty Mile, a collection of unique neighborhoods featuring large oak trees, split rail fencing and an old-Florida feel. The activity in Nocatee has added hundreds of full-time jobs to St. Johns and Duval Counties. 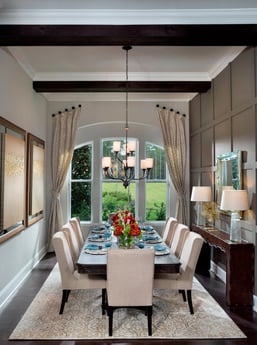 Amenity additions in 2015 included two new parks, Cypress Park and Twenty Mile Park.  Both amenities have a family pool, sports field, dog park and clubhouse, uniquely styled to the neighborhood setting. Plans for more additions were announced in 2015, including the expansion of the Greenway Trails, adding two major paths with direct access for a collection of communities to the Town Center.  Nocatee’s extensive trail network is accessible to pedestrians, bikes and golf carts.

Nocatee’s Fire Station 18 opened in May as the community’s first emergency-response facility. Construction was completed on two of four office buildings in Town Center, and plans for two new worship facilities were also announced, both set to open this year.

2015 was also a year of coming-soon, Nocatee office and retail announcements. Some of the most memorable included Big Fish Yoga, Coastal Wine Market, Dunkin Donuts, and MShack.

To learn more about the Nocatee lifestyle, explore www.Nocatee.com, stop by the Nocatee Welcome Center or call 1-800-NOCATEE. 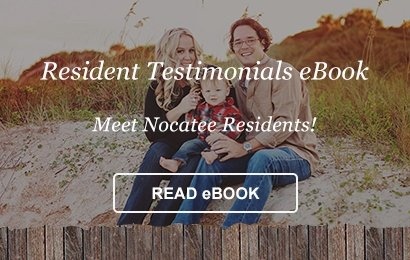