Nocatee is wrapping up its best year yet, thanks to several sold-out communities and the addition of over half a dozen more. In 2014, Nocatee also expanded and enhanced amenities for residents, while the Nocatee Town Center gained significant traction by welcoming big-name retailers including Wendy’s and UPS.

Beginning 2014 ranked as the nation’s fifth top-selling master-planned community by real estate advisory firm RCLCO, Nocatee now comes in at THIRD. It has made a rapid climb in recent years in the RCLCO rankings, sitting at the 10th spot just two short years ago.

Nocatee welcomed a slew of new communities this year, including Greenleaf Lakes, The Villas at Nocatee, Addison Park, Cypress Trails and Siena at Town Center. In September, Nocatee announced the additions of The Island at Twenty Mile and The Pointe at Twenty Mile. Nocatee also sold out several established communities in 2014, including Kelly Pointe and Brookwood.

For its many residents, Nocatee added and enhanced amenities by expanding Splash Water Park to include a new family pool, a children’s spray-ground, and additional deck space, shade and covered seating areas. A new kayak launch on the Intracoastal Waterway opened early in the year as well. 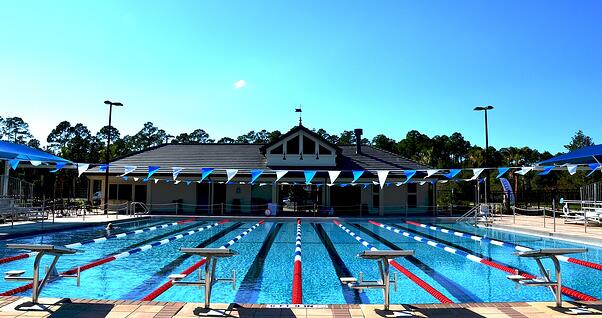 Other additions include a junior Olympic-size, eight-lane competition pool with shaded bleachers, restrooms, a scoreboard and an event lawn. Several amenities were added on dry land too, including four half-court basketball courts, a pickleball court and a volleyball court.

In 2014, Nocatee announced the addition of a St. Johns County Fire Station and a new training facility for K9s for Warriors, a nationally renowned non-profit based out of Ponte Vedra. A new Nocatee Resident Forum for residents to share their opinions and community news online was also unveiled and well received.

To learn more about affordable new homes at Nocatee, stop by the Nocatee Welcome Center or call 1-800-NOCATEE.